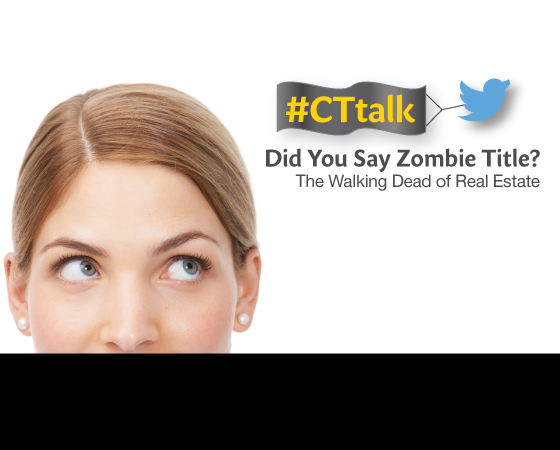 The Zombie Title: When a Mortgage Foreclosure Refuses to Die

As the recent recession and accompanying real estate crisis receded, they left behind a flotsam of new legal terms.  For example, all real property practitioners know what a “short sale” is.  Some lawyers may have even heard of the phrase, “jingle mail”—when the underwater homeowner mails his house keys to the lender due to his inability to meet his mortgage payment obligations. But now, with a nod to the hit television series, “The Walking Dead,” there is a new distressed real estate term—the zombie title.

A zombie title is the title to real estate that results from a lender initiating mortgage foreclosure proceedings, but then unexpectedly abandoning the foreclosure before a judicial deed or consent foreclosure is issued.

The phrase is an apt one.  When the foreclosing lender originally files its complaint, it is possible that the homeowner, recognizing what he believes to be the inevitable, moves out of his house and moves on with his life.  He rents a new home in the same or a different neighborhood; he may enroll his children in new schools—all because he feels that the lender will eventually take title to his home pursuant to the foreclosure. He walks away leaving (he thinks) the foreclosure of his home behind him.

When a lender pulls out of a foreclosure, the hapless homeowner eventually discovers that he still owns title to his house—but it often is a house that has deteriorated due to months and months of abandonment and neglect.

The Effect of a Zombie Title on the Homeowner

A Google search of the term “zombie title” reveals disturbing accounts of mortgagors trapped in the ownership of derelict homes—homes with broken windows, stolen sinks and toilets, and holes in roofs and siding. These owners remain responsible for the property taxes and association assessments. These owners will ultimately be responsible for costs incurred by the municipality in trying to maintain these properties—for example, weed cutting liens; garbage, debris, and graffiti removal liens; and ultimately, demolition liens.