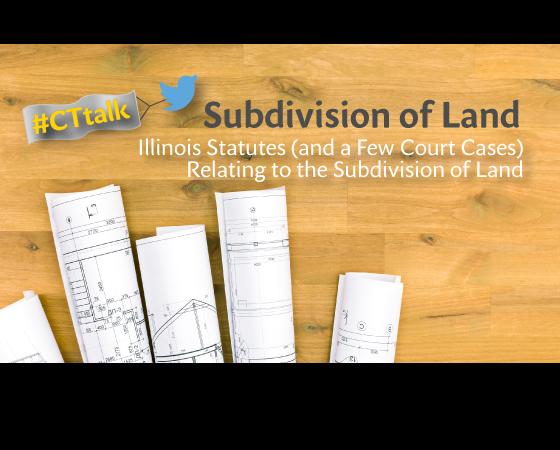 65 ILCS 5/11-14-1; a municipality can regulate building lines; this statute states that “the corporate authorities in each municipality have power by ordinance to establish, regulate and limit the building or setback lines on or along any street. . . .[These powers] shall not be exercised so as to deprive the owner of any existing property of its use or maintenance for the purpose to which it is then lawfully devoted.”  This statute seems to suggest that in order to abrogate a building line, the parties benefited as well as burdened must join in the agreement.   A building line violation may render a home unmarketable, even if a title company agrees to endorse over it; in this regard, see Nelson v. Anderson, 286 Ill.App.3d 706, 676 N.E.2d 735, 221 Ill.Dec. 932 (5th Dist. 1997).

In Heerey v. City of Des Plaines, 225 Ill.App.3d 203 (1992), the court held that a plaintiff who was merely seeking to remodel his building, and not subdivide it or sell it, did not have to first have the property subdivided.  In other words, the court determined that the Plat Act was not applicable.

In Orrin Dressler, Inc. v. Village of Burr Ridge, 173 Ill.App.3d 454 (1988), the owner of the land felt that the proposed subdivision of his land was exempt from the Plat Act, as it was a “division into no more than two parts of a particular parcel or tract of land existing on July 17, 1959. . . .” The plaintiff felt that the transaction was exempt, since the original parcel was divided into two parts, but then the lot line between two of the resulting parts was merely "relocated."  The court disagreed.